Another article for the Miles and Minutes Richmond running magazine! 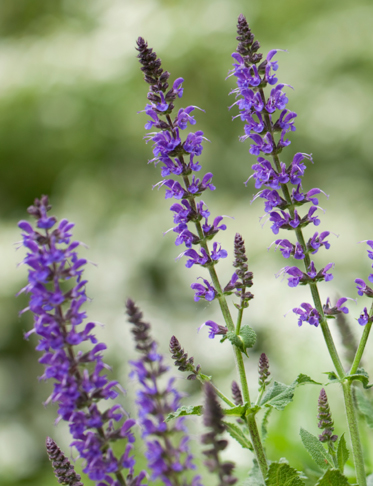 What do nutrition, barefoot running and goofy Christmas presents have in common? The Tarahumara; a Native American people of northwest Mexico, described in McDougall’s national bestseller, “Born to Run”.  Tarahumara, literally means “runners on foot” or “those who run fast.” These are the guys who run long distances through rugged terrain, barefoot! Turns out, they also eat chia seeds. Other Central American natives called the chia seed “Indian running food” and warriors would use them as fuel in battle. And yes, it’s the same “cha cha cha chia” that sprouted magical fur in the mid-80’s on those clay figurines.

Chia seeds are now in everything from unique tea blends to energy bars. For health and running performance, chia seeds offer fiber, numerous minerals and healthy omega-3 fats, which is all the rage these days. While being a good source of plant protein, chia seeds also contain loads of calcium and are gluten-free, if you’re into that sort of thing. Although you probably tossed that Christmas present long ago, along with the stale fruit cake from Aunt Mabel, we may have you rethinking at least one of those decisions.

Let’s start off with what the chia seed is, and then we’ll move into what it is not. Chia seeds come from an annual herb, similar to mint, which is native to parts of Central America.  The word chia comes from the Aztec word chian meaning “oily”. Since you can extract about 30% of its weight in oil, the name is appropriate. For the nutritional nerds out there, its oil is 55% omega-3 and 18% omega-6 which can help balance the ratio of omegas in your diet. The chia seed is very small at about 1mm and can absorb vast quantities of water; up to 12 times its weight, which can help you stay hydrated. It has good fats, is high in plant protein, fiber, and minerals, and it helps reduce blood sugar spikes; when mixed with water it creates a gel which slows the absorption of sugar into the blood. Remember that paste you spread on your chia pet? That’s actually nutritionally beneficial too.

You might have already heard about some of these benefits, but is there a downside to these seemingly magic seeds? Of course no food is perfect. Let’s dispel some myths around chia seeds. First, the omega-3 in chia seeds is plant based, like flax seed, which is less useful than the fatty fish omega-3’s. When chia seeds claim to have more omega-3’s than salmon, it’s true on a gram for gram comparison, but it’s quantity over quality. Fish omega-3’s are in a form that packs more of a punch, so much less is needed to give your body what it needs.

There’s another myth that says chia seeds will help you lose weight. The idea is that if you eat the seeds dry, they will absorb water in your stomach causing them to expand, making you feel full and hence, reduce your appetite. One study tested this hypothesis; for 12 weeks subjects added 2 oz of chia seeds per day to their diet, but this did not make any significant changes in body weight or health markers. While it may not be a weight loss magic pill, the protein is good, the carbs are slow to break down and the fats are healthy, making chia seeds an overall good choice and a welcome addition to a balanced diet. Caution should be taken when adding any new regiment to your diet, especially before a run or race. We suggest you try it out before race day just in case the added fiber, let’s say, makes you a less than desirable running partner….

What makes chia seeds unique, compared to other healthy foods is their ability to absorb water. Leave a teaspoon of chia seeds in half a cup of water for an hour or so and you’ll have something akin to pudding. The soluble fiber in the chia seeds forms a gel, which slows down the digestive process, giving you a more controlled release of carbohydrates and water. Eating this “pudding” after a run will help you rehydrated as your body breaks down the water logged chia seeds.  Putting a serving of chia seeds in your coconut water, or your homemade hydration drink (check last month’s article for recipes), can help you prevent dehydration and recover after a long run.